FranNet: A Franchise for Franchise Consulting, with Jania Bailey 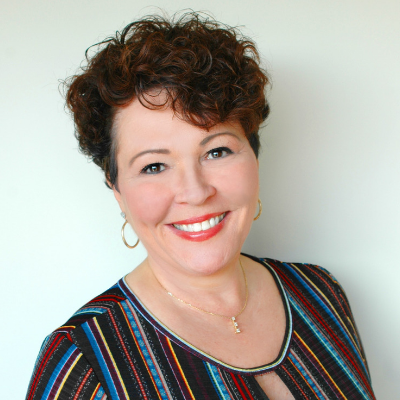 Jania Bailey is the President and CEO of FranNet. Under her leadership, she’s led the company through unprecedented growth and has established FranNet as the most respected voice in the franchise consultant industry in North America. Since her tenure began, FranNet has more than doubled the number of FranNet offices across North America and has transitioned FranNet to a franchise business model.

Bailey also spearheaded national relationships with the SCORE, ASBDC, BNI and PAFI, while also forging partnerships with several veteran’s groups across the country. Through these relationships, Bailey has been instrumental in educating these organizations on the benefits of franchising. Bailey sits on the Executive Board of Directors for the International Franchise Association (IFA) and is a certified franchise expert. She also serves as Vice Chair on the IFA Membership Committee. Bailey also authored the book, “Thriving – The Journey to Success in the Business World” and co-authored the Amazon best-selling book, “More Than Just French Fries.”

[1:01] Josh introduces today’s guest to the show, Jania Bailey, the president and CEO of FranNet.

[3:52] FranNet is a 32 year-old company that was originally founded as a mutual benefit company.

[4:32] Their concept now is that their franchisees provide franchise consulting for franchise prospects considering different systems.

[6:05] Recently, FranNet published their client “bill of rights” to help them understand what their business is and what it isn’t.

[8:12] The process for franchised businesses to connect with FranNet is thorough and taken very seriously. There are several steps a franchise has to go through before being approved.

[13:01] Jania details what the process of assisting a client at a FranNet location looks like.

[16:25] Josh reflects on some people who have reached out to him about buying a franchise, and oftentimes, they need some extra direction in selecting the right franchise.

[17:35] Oftentimes, people fall in love with the product from a franchise and don’t consider what it would actually be like to own one.

[18:36] FranNet has 55 offices in the US as well as locations in Canada and Germany.

[22:24] Thanks for listening, and please, reach out to Josh anytime through email at josh@franchiseeuphoria.com. If you enjoyed this interview, please leave us a review on iTunes.

Thriving: The Journey to Success in the Business World

PrevApplying Revenue Optimization to Franchising with Alan Michael McKenna
From Pro Baseball Player to Multi-Unit Franchisee with Bobby MalekNext
pardee2003 from United States

11/16/2019
Read More
Great and applicable information from professionals in the franchise world that are doing it every day. I’ve listened to 3 episodes: Gutter Brothers, Woofies, and Cycle Bar. Enjoyed all and looking forward to hearing more.
WTutor311 from United States

8/30/2019
Read More
Highly recommend. Great guests. Filled with tons of helpful information.
Katie Joy B. from United States

7/16/2019
Read More
Josh and his wide variety of knowledgeable guests are truly rockstars! They deliver quality (and free!) franchise knowledge and advice in each and every episode. The great advice they provide, combined with the engaging way they deliver it had me hooked from the very first listen. Thanks for putting out such a stellar show Josh - keep up the great work!
Jordan gross from United States

07/15/2019
Read More
This podcast provides the advice necessary to start building, growing, and scaling your business TODAY! The host asks probing questions of his guests that add value to the listeners in an immediately implementable way!
VPugliese from United States

07/15/2019
Read More
What do you get when you combine business savvy, legal expertice and a great personality? You get the ultimate podcast for franchise owners. Josh Brown brings it all togehter perfectly with Franchise Euphoria. Not only does he possess all of the skills and abiliites above, but he has great guests, asks awesome questions and created the ideal podcast for this niche. If you have a franchise, or are considering it, subscibe to this show and consume all of the content!
Mick James from United States

06/05/2019
Read More
Started listening to Josh's podcast after the wife and I decided to buy a franchise and I quickly went through about 200 episodes on 1.5x & 2x, before signing on to purchase a franchise. Josh's info was an invaluable part of our decision to buy, and after listening to so many episodes, I felt like I knew and trusted him on a personal level, so it was a no-brainer to enlist his services when it came time to review the franchise agreement. Josh was super easy to talk to and very empathetic to our needs, and being first time business owners, we needed all the empathy we could get. Josh helped us negotiate a great deal with the franchisor and we were very happy with his services. Great podcast, great guy, great service to anyone involved in the franchise world!
Dean575 from United States

06/04/2019
Read More
Very interesting discussion. I found the information valuable.
Summieysum from United States

05/06/2019
Read More
I've just completed the legal process of franchising my business and have now begun selling franchises. Just found this podcast and it's an incredible resource! Great content and Josh is a very engaging host. Highly recommend for franchisors and franchisees.
Previous
Next