Setting Intentions for Your Franchise with Todd Evans 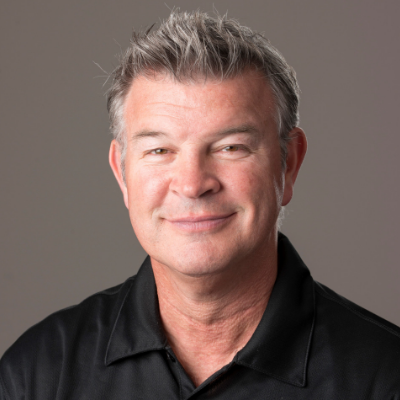 Todd Evans joined uBreakiFix as VP of Franchising in July 2015. He is instrumental in ensuring that uBreakiFix partners with the right individuals to represent the brand in new and growing markets. With his guidance, uBreakiFix has consistently been named among the fastest growing companies. He previously held the same position at Aaron’s Inc. where he launched a mega-successful franchise division.

[1:01] Today’s Franchise Euphoria guest is Todd Evans, the VP of Franchising at uBreakiFix.

[2:42] Todd does a quick overview of the uBreakiFix franchise concept; they are a technology repair company that will “fix anything with a power button.”

[3:24] Before his involvement with uBreakiFix, Todd worked for Aarons, Inc. for 23 years.

[5:20] The nature of the franchising industry is to find a need in the industry. uBreakiFix is well-suited for this as nearly everybody uses new technology these days, especially phones and tablets.

[6:15] Over Todd’s first 24 months, he found that the business was extremely scaleable, and with this in mind, the business has grown to over 400 locations with another 490 franchise locations committed to open over the next 36 months.

[7:02] One of the most attractive aspects of the franchise system has been the area development agreement, which consists of franchisees receiving the rights to a specific area to open multiple units within over the course of time.

[8:02] uBreakiFix also sells technology accessories like phone cases, but they have to be careful to make sure their suppliers don’t view them as competition.

[9:40] The inception of uBreakiFix started with their founder and CEO, Justin, who broke his iPhone while he was in college. When he took it to a repair business, he found that it would be a five day wait before it could get looked at on top of exorbitant fees. He then fixed it himself, and the business was born.

[11:26] The first uBreakiFix location was opened in Orlando, FL.

[12:07] Their franchising efforts began will selling about half of their corporate owned stores to the onsite store managers for each location.

[14:55] uBreakiFix has four types of potential franchisees they typically focus their efforts on.

[18:11] Todd believes uBreakiFix has four glaring points that set them apart from competitors in the business.

[22:25] Thanks for listening, and please, reach out to Josh anytime through email at josh@franchiseeuphoria.com. If you enjoyed this interview, please leave us a review on iTunes.

PrevA Budding Franchise Concept with Christian Hageseth
11 Timeless Marketing Tips to Grow Your Franchise with Rick CesariNext
pardee2003 from United States

11/16/2019
Read More
Great and applicable information from professionals in the franchise world that are doing it every day. I’ve listened to 3 episodes: Gutter Brothers, Woofies, and Cycle Bar. Enjoyed all and looking forward to hearing more.
WTutor311 from United States

8/30/2019
Read More
Highly recommend. Great guests. Filled with tons of helpful information.
Katie Joy B. from United States

7/16/2019
Read More
Josh and his wide variety of knowledgeable guests are truly rockstars! They deliver quality (and free!) franchise knowledge and advice in each and every episode. The great advice they provide, combined with the engaging way they deliver it had me hooked from the very first listen. Thanks for putting out such a stellar show Josh - keep up the great work!
Jordan gross from United States

07/15/2019
Read More
This podcast provides the advice necessary to start building, growing, and scaling your business TODAY! The host asks probing questions of his guests that add value to the listeners in an immediately implementable way!
VPugliese from United States

07/15/2019
Read More
What do you get when you combine business savvy, legal expertice and a great personality? You get the ultimate podcast for franchise owners. Josh Brown brings it all togehter perfectly with Franchise Euphoria. Not only does he possess all of the skills and abiliites above, but he has great guests, asks awesome questions and created the ideal podcast for this niche. If you have a franchise, or are considering it, subscibe to this show and consume all of the content!
Mick James from United States

06/05/2019
Read More
Started listening to Josh's podcast after the wife and I decided to buy a franchise and I quickly went through about 200 episodes on 1.5x & 2x, before signing on to purchase a franchise. Josh's info was an invaluable part of our decision to buy, and after listening to so many episodes, I felt like I knew and trusted him on a personal level, so it was a no-brainer to enlist his services when it came time to review the franchise agreement. Josh was super easy to talk to and very empathetic to our needs, and being first time business owners, we needed all the empathy we could get. Josh helped us negotiate a great deal with the franchisor and we were very happy with his services. Great podcast, great guy, great service to anyone involved in the franchise world!
Dean575 from United States

06/04/2019
Read More
Very interesting discussion. I found the information valuable.
Summieysum from United States

05/06/2019
Read More
I've just completed the legal process of franchising my business and have now begun selling franchises. Just found this podcast and it's an incredible resource! Great content and Josh is a very engaging host. Highly recommend for franchisors and franchisees.
Previous
Next