Licensing vs. Franchising: What’s the Difference? 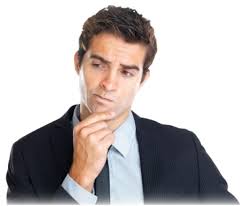 You have fulfilled one of your dreams by opening and operating your own business; you’ve even been successful at it.  Like most successful entrepreneurs, you aren’t done just because your business has become successful; you want to keep the success going and the business growing.  How exactly do you go about doing this?  Two options to consider growing your business are licensing and franchising.  The terms are often used interchangeably but there is a distinction between the two.  Although there are pros and cons to growing your business through either licensing or franchising, your business may be better suited for one route over the other.

Here is a quick look at the differences between licensing and franchising to provide a starting point in determining which option is best for your business.

Franchising a business is quite a bit more regulated than licensing one.  In accordance with federal laws, before a business can be franchised, prescribed legal documents must be created. These legal documents are known as the Franchise Disclosure Document and the Franchise Agreement.  Despite the extensive work on the front end, franchising a business can be made worth it in royalty fees while still being more cost efficient than other expansion models.

There are many factors to consider when thinking of growth or expansion for your business.  Licensing and franchising are merely two of those options.  While the above just scratches the surface in terms of the distinctions between licensing and franchising, hopefully it will provide you with a better understanding of the distance between the two.