Decoding the Franchise Disclosure Document From A to Z – Item #18 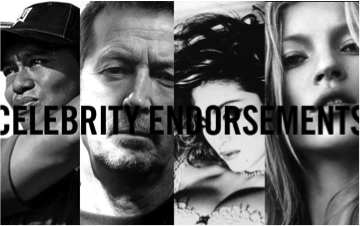 Item #18 of the Franchise Disclosure Document is all about your franchises use of celebrity power. Officially titled ‘Public Figures,’ Item #18 is really only relevant to about 1% of all franchises as most don’t use celebrities to promote their business opportunity.

• The franchises use of any public figures in their advertising
• Compensation promised to the public figure(s), and
• Any management by – or investments made from – public figures

In other words, if a celebrity or public figure is at all vested in your chosen franchise, the franchise is required to disclose it.

Why is this important?

Before we go any further, it’s important to understand that Item #18 generally only applies to celebrities or public figures that are used for the purpose of selling the franchise opportunity itself; not the actual products and services.

For example, if your franchise is a fast-food chicken restaurant and they use a famous basketball player in all of their commercials, it won’t necessarily be revealed in the FDD. However, if that same basketball player is featured in advertising materials used to sell the franchise locations themselves, then the franchise would be required to reveal the scope of the celebrities’ place in their advertising and any compensation the public figure is receiving. The FDD must include details such as whether the public figure is being used by name only, or if their image or a personal endorsement is being used as well.

This may seem a bit trivial, but when dealing with celebrities and public figures you have to be mindful of the scope of their involvement. If you use the likeness of a public figure in your local advertising in a way they have not agreed to, it could result in major legal woes for both you and the franchisors. More details about the franchisors advertising and marketing can be found in Item #11.

Additionally, the FDD must reveal whether or not any public figures or celebrities hold any management positions within the franchise and/or if any have invested in the franchise via stocks, promissory notes, etc. If a public figure holds a management or executive position, you will find more details about their experience and relevant work history in Item #2.

The purpose of this information is purely for transparency. As a potential franchisee, you have the right to know who is running the company, how it is being promoted and whose name is attached to the business. This protects both you – as a franchisee – and the public figures themselves.

The bottom line is that Item #18 tells you which celebrities or public figures are associated with the franchise brand, name and advertising. If a public figure that you’re not fond of is being used to promote the franchise opportunity – or holds a significant position on the board – you may want to reconsider. These small details can make or break your success with a franchise.

With only five more to go, Item #19 of the FDD is unique in that it’s optional to the franchisor…..